We promise to share only the best of information with you. 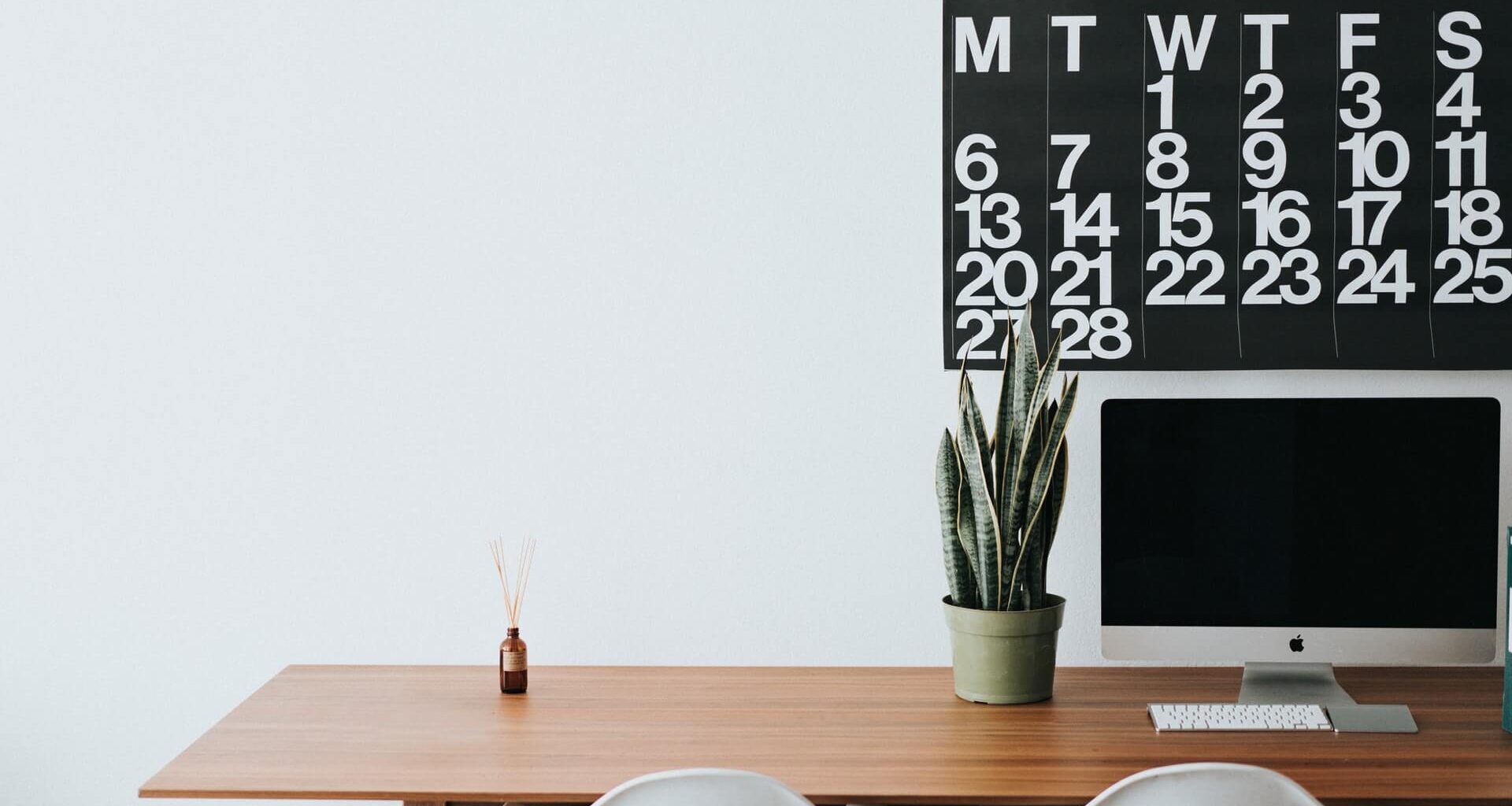 40-hour work week: Is it time for another work revolution?

Five days a week or 40 hours; this is an average work week for any professional. However, have you ever wondered where this number comes from? What was the science behind the precise 40-hour figure? With the organizations now moving towards lesser-hour models, it is not only important to know more about the 40 hour work week model, but also how it is now becoming redundant.

What is a 40-hour work week model?

A 40 hour work week model was a limited hour shift which was brought about as a law, but only after the long struggle that ensued post the Industrial Revolution.

The model ensured that employees were not exploited and were given pays above their fixed salaries if they work for more than the designated 40 hours in a week. The aim was to reduce fatigue and increase productivity.

However, is 40 hour work week the best that there is?

Here’s what Statista has to say:

But to know relevance and redundancy, it’s necessary that we understand the past, present and future of the 40 hour work week model.

The history behind the 40 hour work week mechanism

The making of a 40 hour work week model can be understood via a timeline of the post-Industrial revolution affairs. Here’s a quick rundown to help you catch up!

This was the year when workers united and asked for better working conditions and hours. It is to be noted that they were working way more than 100 hours. A 70 hour work week or 100 hour work week was a norm back then.

Nearly 50 years after the first revolution, the National Labor Union proposed a law for a 40 hour workweek. It received a huge public support, even though the law wasn’t passed.

The then President, Ulysses S Grant guaranteed a 40 hour work week and even pushed the private sector for the same.

The 40 hour work week law was passed. However, not many were happy which led to unrest and distress, and even riots in some places.

The 40 hour work week was brought into vogue by Henry Ford who correlated limited working hours with higher productivity, and vice versa.

A revolutionary law was passed. It was called the Fair Labor Standards Act, as per which any employer who made the employee work for over 44 hours a week was mandated to pay overtime. The law was later amended to accommodate 40 hours instead of 44.

The 40 hour work week ultimately became a law in the US.

The entire concept of a 40 hour work week revolved around reducing the working hours. The revolution forced employers to think beyond the hours on paper and look into the amount of work that is being done. Lesser number of hours led to rested and healthy employees, further increasing productivity.

40 hour work week was brought into existence during the time when the relevant technology did not exist and desk jobs were not in vogue. This was when physical labour was in abundance. Thus, work was done and hours were decided on the basis of physical capabilities.

However, when the 40 hour work week model came into being, men were the main working force, with desk jobs and technology being rare or none. On the other hand, in today’s scenario, not only do we have handy devices to log in from anywhere but also most of the households have dual income as more women join the workforce.

A 40 hour work week model surely served the purpose in the past. It balanced the working hours well, pushing the employees to have a life outside of the work as well. However, now that availability rate is higher and communication is smoother, the relevance of fixed hours, and particularly 40 hours, cannot be seen.

A couple who works 40 hours a week cannot find time for home and kids. On the other hand, if hours are not imperative to the job, there will be less stress on them, which will make them more productive.

The bottom line is, a 40 hour work week may have been lenient when it was introduced. However, with passing time and developing technology, there is no way it should be essential to any workspace. The need of the hour is to increase productivity, even at the cost of cutting hours.

This might need businesses to start focusing on creating set weekly work plans for the team instead of keeping things too fluid or dynamic.

Does the 40 hour workweek model work?

The answer to this question is two-fold. Majority of the organizations, whether old or new, have been following an 8-hour workday and 40 hours a week model. It may stem from the fact that many organizations do not look into this aspect while assessing employee motivation. However, this is important and cannot be ignored.

Advantages of a 40 hour workweek model

Disadvantages of a 40 hour workweek model

Interestingly, the disadvantages of a 40 hour workweek model stem from the very advantages that brought forth. As said, the advent of technology and virtual availability has practically rendered the hour system redundant in many industries.

You see, 40 hour work week has been losing its relevance for the exact reasons for which it was introduced. Given that was done nearly eight decades ago, it’s time we move on to better work structure.

How can one move on from the 40 hour work week culture?

With time, 9 to 5 has become more of a phrase and culture rather than the actual work hours. 40 hour work week is embedded so well in our psyche, that even when we work well over those hours, we do not feel the same.

The question is, how many hours is 9 to 5, actually? Our normal working hours have surely been quite eccentric for some time now.

Moving on from a work structure which has been in existence for such a long time, can be a difficult process. However, it is not impossible. Gradual changes can be brought in to introduce a different style of working, where the emphasis is more on productivity and less on the hours.

The best part to start would be by understanding the psyche of moving away from hours. The question to ask is: if not clock time, then how to determine a workday? The answer is body time. Body time refers to the art of scheduling workdays and schedules as per the average mental and physical human body capacity. This can be understood by two main factors; light and genetics.

Light is scientifically known to affect your body cycle and productivity. That is why most of the work and study cycles follow an early start and a subsequent end. However, your genetics decide whether your light-based cycle can be longer or shorter. People with a longer cycle usually are more active in the night. On the other hand, people with a shorter cycle are the ones who prefer an early start in the morning.

It can be better understood by the following chart:

What can you ask for as an employee?

It is not just the employers who can bring about a change. Employees too can change the game. Here are a few things that you can do to bring the exhausting nature of a 40 hour workweek to the fore.

Quote the advice of mental health experts who suggest ways to combat today’s lifestyle which is taxing on the mind. With time, more and more employers are becoming sensitive towards mental health and will appreciate it if it is brought to their notice.

As an employee, you can even cite the examples of other organizations who have successfully moved the attention away from the hours in a week and are focusing more on the work done.

Call out to their emotional quotient by using small yet effective techniques. Do you want to leave? Ask your loved one to send a request to your boss instead of you asking expressly. Better, be like this Google employee who got a note from his little daughter and it got him a leave!

What can you grant as an employer?

As an employer, your responsibility increases manifold. While for the employee it is an option to whether or not put forth suggestions, for an employer, it is a necessity, especially if the productivity of the team as a whole goes down.

Ask yourself: how many hours a week is full time, ideally? Or, how many ideal work hours per week would ensure a happy employee and maximum productivity? Then, move ahead.

There are alternatives to 40 hours a week that can be pursued.

This is the system wherein employees can customize their own work schedules. This kind of work system ensures that they are more productive and that they have a proper work-life balance. However, there can be a few cons in the form of difficulty in management and conflicts in schedule.

This is when you can switch to a 4 day work week by compressing the hours of a 5 day work week. While it does give an exhilarating feeling of having a three-day weekend, it may take a toll on the employees who would cram more work into lesser hours, owing to more stress and less productivity.

Now, a 32 hour work week seems the most feasible option. This does not involve cramming the hours of a 5 day work week, nor does it have any unrealistic expectations. This is merely a cultural change in the professional scenario which can be brought forth gradually. It will actually lead to less stress and more productivity in today’s day and age, like the 40 hour work week model did a century ago.

Whichever technique you pick as an employer, make sure you encourage your employees to be more productive by following a few easy steps:

Ask yourself the most important question; do you want to reduce hours per day or do you wish to curb days per week. It depends on the capacity of your employees and the nature of your industry. At the end of the day, you can take the decision that is best for your organization and employees.

Is 32 hour work week the answer?

In 2019, as a part of its ‘Work Life Choice Challenge 2019 Summer’ project, Microsoft Japan implemented a 4 day work week. This led to a whopping 40% increase in productivity, as they announced later. The comparisons were drawn with respect to last year, i.e. 2018.

Amazon, however, implemented not a 32 hour work week, but a 30 hour work week module way back in the year 2016. They made an announcement stating that they would reduce the hours which would come with a salary reduction of 25%. However, employees will retain all the other benefits. With a 10 am to 2 pm policy with flexible work hours, foregoing 25% of the salary seemed a small price to pay.

However, there are some drawbacks to a 32 hour work week model too. For the employees, it is a reduced salary. For the employers, it often means they would have to increase the size of the team to accommodate for the hours lost.

All in all, it can be said that it’s time for another work revolution. With the 40 hour work week model redundant, it’s time to consider lesser hours and more productivity for a happier and more successful workplace.

Attendance and Time Tracking that employees love. Get the most accurate timesheets to easily invoice clients and pay your team and save lots of time!